Portland, OR, WPH Press, 12/30/18- Daniel Cordova captured his first R48 title at Portland’s Multnomah Athletic Club, dismantling R48 #2 Sean Lenning and R48 #1 Killian en route to a career-high R48 #3 ranking. With his finals appearance, Carroll maintained his R48 #1 ranking, while Lenning stayed in the top two. Despite losing in the round of 16, David Fink, Emmett Peixoto, and Mando Ortiz maintained their positions in the Elite 8, while seventh place Portland finishers Jonathan Iglesias and Erik Torres jumped into the R48 top 12. See the entire R48 rankings below. 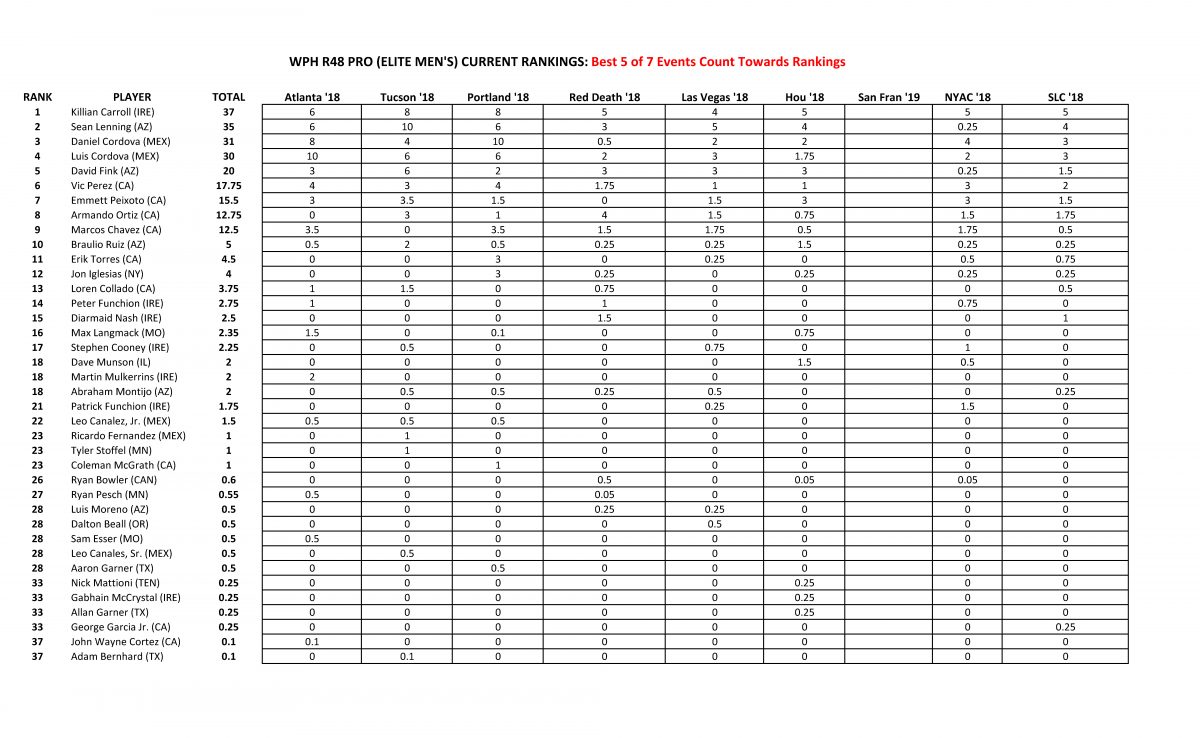