Salt Lake City is the only city to have hosted the Race 4 Eight in each season since the inception of the tour in 2011-2012, while also holding the distinction of being voted the “Player’s Stop” seven years running. The Salt Lake City Aces handball community will be hosting its first R48 Pre Qualifier in September, in addition to its fifth R48 Player’s Championship in May of 2019. “As long as the Aces continue to hold events in Salt Lake City, I’ll be back because Salt Lake City always hosts the best event of the year,” stated R48 #1 and three-time defending R48 Player’s Champion Killian Carroll.

“The R48 Pre Qualifier in Salt Lake City is a very exciting opportunity for players in the Rocky Mountain region to compete for a travel stipend to a 2018/19 R48 8 event,” stated WPH Development Director David Fink. “Salt Lake City has a number of junior players and newcomers and this Aces R48 Pre Qualifier will provide an inspiring and motivating goal for those players to continue to develop their games.” 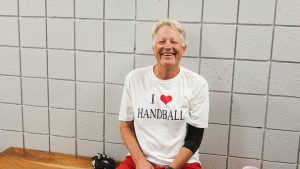