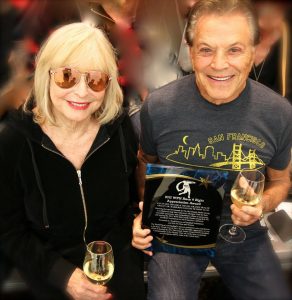 Honored by the WPH

San Francisco, CA, WPH Press, 2/15/15- The World Players of Handball proudly honored 2015 Olympic Club Del Grande Group Race 4 Eight sponsor Kevan Del Grande with the WPH Race 4 Eight Appreciation Award for his incredible generosity in bringing world class handball to San Francisco’s Olympic Club. Kevan ensured that the Olympic Club hosted one of the Race 4 Eight’s best events, as players were able to enjoy the Olympic Club and San Francisco and all of its amenities throughout the weekend. Kevan has been one of handball’s greatest supporters for decades and the WPH is thrilled to recognize his efforts in growing the game. 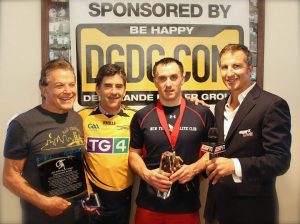 “Kevan truly rolled out the red carpet for the WPH and our players and fans at the 2015 Race stop in San Francisco,” stated WPH Executive Director Dave Vincent. “Kevan is one of handball’s greatest ambassadors and donors and the reason handball is able to host such fantastic events. Thank you Kevan!”