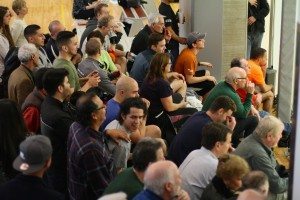 Play kicked off on Friday morning at Houston’s Tellepsen YMCA with a full qualifier draw with many of the best player’s in the country vying for one of the eight coveted spots in the Houston R48 field. The R48 pros kicked off their 2015 campaigns later on Friday afternoon, and the Seniors were also in action later on Friday night.

The encore qualifier match featured former Houston resident and current top 25 WPH R48 pro Adam Bernhard facing former pro qualifier Dave Munson. Munson electrified the partisan Bernhard galley, hitting deep-court bottom board rollouts with both hands to lead throughout the one game match. Bernhard stayed within striking distance by slowing down Munson’s offense with perfectly placed ceiling shots and lobs, but Munson maintained the lead throughout the one game to 25 final. Munson led 24-20, standing just one point from joining the main draw. Bernhard earned a side out and scored four consecutive points to force overtime. Munson and Bernhard traded points to 26, setting a new overtime record for points scored in a qualifier match. Bernhard completed his improbable comeback, winning 28-26 on a deep court Munson error.

Fourth seeded Emmett Peixoto needed a tiebreaker to defeat his good friend Jonathan Iglesias, overcoming a second game loss to dominate the tiebreaker. David Fink jumped out to a huge lead on Anthony Selestow in the first frame, but needed a late second-game comeback to defeat “The Heartthrob,” 15-3, 15-8.

Daniel Cordova and Abe Montijo staged the longest match of the session, battling for one hour and 50 minutes over three games. Cordova had an opportunity to end the match in the second game, leading 15-9, 14-13, but could not convert. Montijo forced overtime with incredible retrieves and timely kills, but Cordova was fresher and more confident in the tiebreaker, earning his first R48 quarterfinal appearance, 15-9, 14-16, 15-7.

Sean Lenning started quickly against Vic Perez, dominating game one and leading 12-4 in game two when Perez caught fire. Perez scored the final 11 points of game two to stun Lenning. Perez grabbed a 5-1 lead in the tiebreaker, but Lenning regrouped, scoring 14 of the next 15 points of the match to avoid what would have been his third consecutive first round exit in Houston.

Tune in tomorrow at 10 am cst on the Watch ESPN App (http://espn.go.com/watchespn/) to watch the R48 and SR48 quarterfinals and semifinals, as players strive to play on Finals Sunday. It’s live on ESPN! To follow all of the action from Houston, click here: http://www.r2sports.com/tourney/home.asp?TID=13119 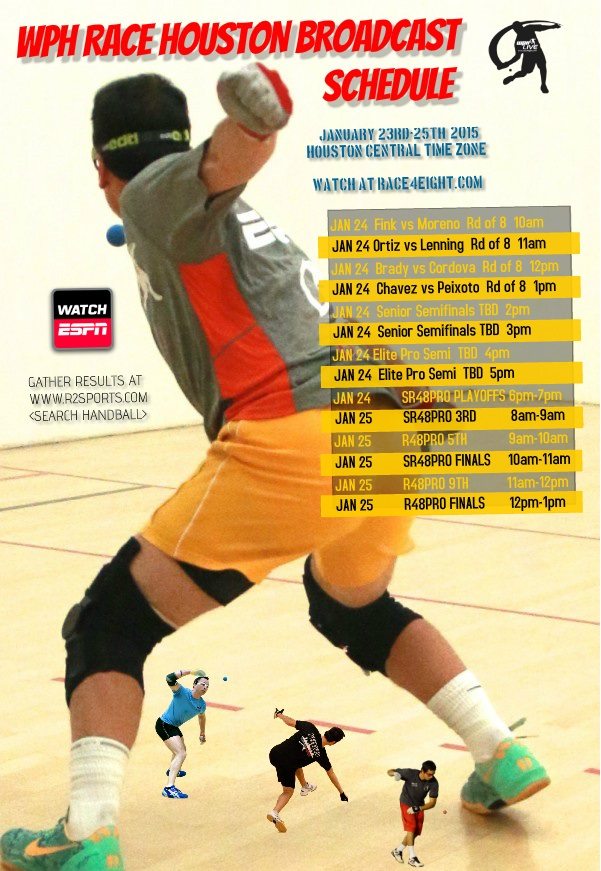