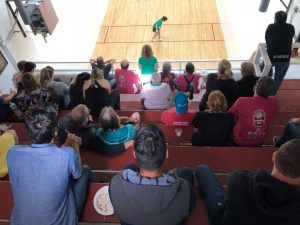 San Francisco, CA, WPH Press, 10/20/18- The famed South End Rowing Club hosted its first Women’s Only handball event in the 145-year history of the club, featuring 26 women’s players and a special exhibition match between the #3 and #4 players on the WPH Women’s Race 4 Eight professional handball tour. 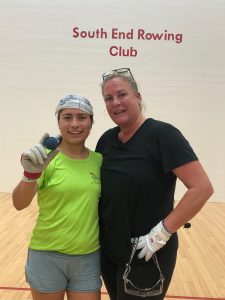 Karla Ocampo clinched the Women’s A singles, overcoming Allison Kalhammer in the final. 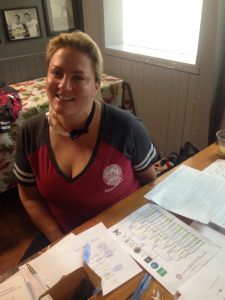 “It was a really cool event,” stated Peixoto de Melo. “Lots of fans, fun, good food, and everyone was really nice.”

“What an event!” exclaimed San Francisco’s WPH reporter Tom Kent. “Three of the R48 men’s pros were on hand to watch and all players were treated to breakfast, lunch, and dinner. This was the first all women’s tournament on the west coast.”

Thank you to SERC Women’s Only tournament director Kim Howard for an outstanding event. Thank you to Tom Kent for the pictures and updates from the SERC.