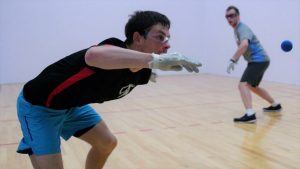 Tucson, AZ, WPH Press, 3/12/18– Killian Carroll bounced back from his first loss of the R48 7 in Las Vegas with an emphatic statement win in Houston, outscoring his four opponents 120-30 en route to his fourth R48 title of the season. Sean Lenning solidified his #2 ranking with his second consecutive final, while David Fink and Mando Ortiz remained tied for third in the rankings. Luis Cordova dropped from #3 to #5 in the rankings with a 5th place playoff loss to his brother, while Marcos Chavez dropped out of the Elite 8 with a first round loss to Dave Munson. Shorty Ruiz’s first R48 main draw victory catapulted the cross over star into the R48 top 13 for the first time.

See all of the post R48 and SR48 rankings below. 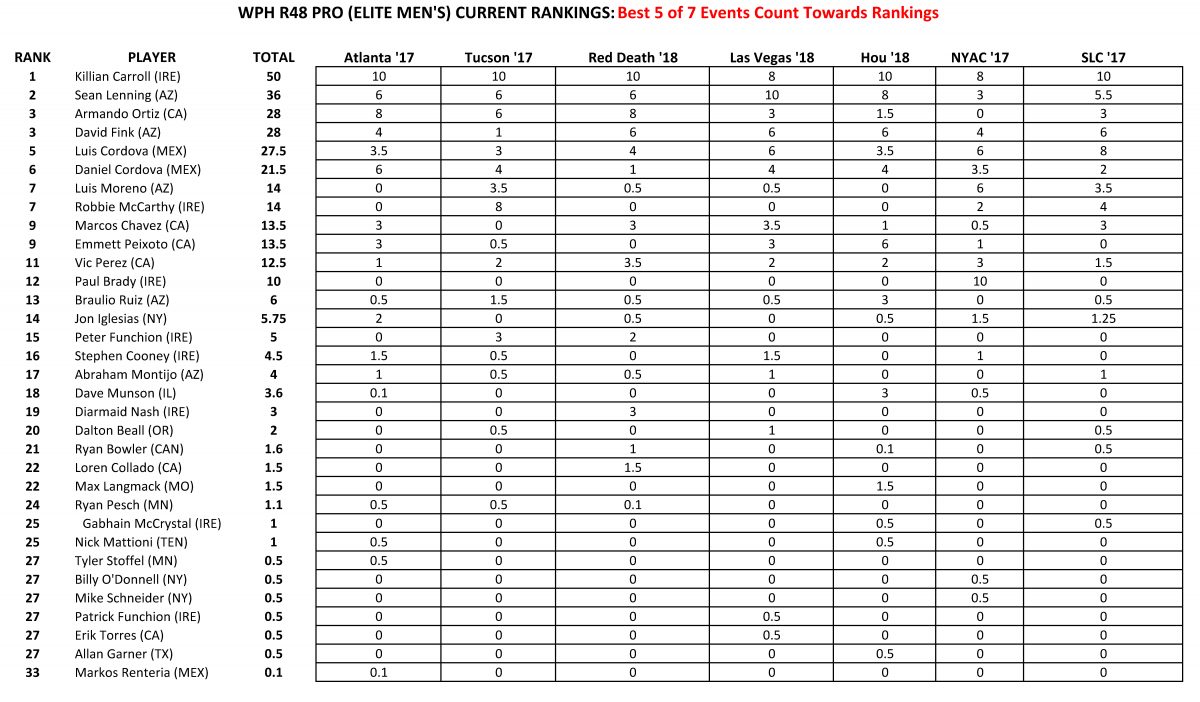