Catriona Does it Again!

“It’s always wonderful to win a yellow,” stated Casey. “I’m just enjoying the tour and all of the different cities and, of course, always trying to improve my game.” 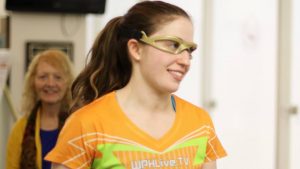 “Catriona is arguably the most dominant athlete in the world, maybe in the history of sports,” stated WPH R48 Elite 8 pro David Fink. “Catriona not only wins, she completely dominates and outclasses nearly every player she faces. Expect to see Catriona rewrite the record books in the next decade, as this once in a century athlete possesses the strongest physical and mental skill set of any women’s handball player in history.”