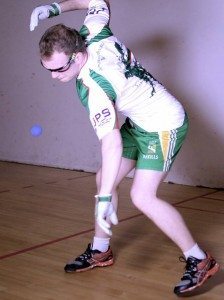 Since coming to the U.S in 2014, Stephen Cooney has quickly established himself as one of the premiere R48pro handball stars in the world. In the subsequent R48 stops since the 2014 Simple Green U.S. Open, Cooney has been one of the sport’s top performers. Cooney’s play has seen him rise to the coveted status inside the Race 4 Eight’s “Elite 8.”

At only 24 years old, Stephen Cooney is in his handball prime. Known as “Coondogg,” Cooney from Ballaghaderreen, Ireland. Cooney is currently visiting New York City, while there he meets with other top handball players at the New York Athletic Club and is always on hand to give advice to other aspiring R48 pro handball players.

Growing up in the Irish junior ranks with the likes of current Irish stars Killian Carroll, Diarmaid Nash and Martin Mulkerrins, Cooney’s game is built on flawless fundamentals, speed and mental toughness. No lead is safe against Cooney and each of his opponents must select the proper shot or be punished. Armed with one of the game’s best re-kills and quickest feet, Cooney has defeated top 18 R48 pros David Fink, Luis Cordova, Vic Perez, Jon Iglesias and Anthony Selestow in the past year en route to the R48 Elite 8. 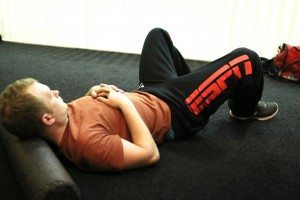 Cooney is not only one of the game’s best R48 stars, but also one of the game’s greatest instructors and representatives. Cooney coaches weekly junior handball clinics at the New York Athletic Club, as well as junior handball clinics at Race 4 Eight stops during the R48 season as a volunteer. Cooney’s passion for handball and desire to share his passion by introducing and mentoring young handball players makes him one of the greatest contributors and role models in the sport. Cooney understands and appreciates the value of his sport and has inspired the next generation of players.

Cooney is unquestionably at the very top of his field and one of the top R48 pros in the world. He is also one of the game’s greatest ambassadors for junior handball development. To follow the “Coondogg” and all of your favorite R48 stars, log onto wphlive.tv, Like the World Players of Handball on Facebook or follow the WPH on Twitter @dfwph and @wphlive.