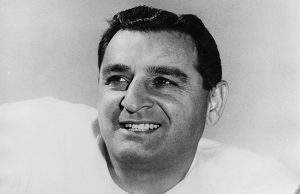 He is survived by his son, Lewis (Mindy) Agajanian and daughters, Lynne (Bruce) McVay and Lori (Bobby) Hinkle.

A Celebration of Life Ceremony will be held for family and friends on Wednesday, February 21, 2018 at 11 am.

In lieu of flowers, the family suggests memorial contributions be made to Samaritan’s Purse, P.O. Box 3000, Boone, NC 28607

From the Long Beach Independent in 1972… 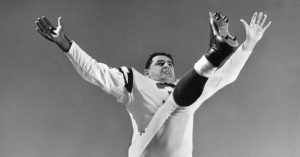 “Aggie will open his brand new Long Beach Athletic Club at 4000 Long Beach Blvd. July 1 and he, like many others, feels this project will fulfill a long-needed Long Beach requirement — a first-class athletic club and one aimed primarily for handball and the national tournaments which such a club can attract. Since the Pacific Coast Club fell by the wayside, there has been a desperate need for an athletic club in the Long Beach area. The YMCA does a great job, but like the public schools, it needs the parochial schools — in this case, the private club — to handle the overload. “I’ve put all my cards on the table,” said the prominent Armenian gin rummy player. “When the Pacific Coast Club expired, here was a gap. And Long Beach is too big of a city to be without an athletic club. “I’ve always been an exercise fanatic. I feel this new club will fill the need for both men and women interested in exercising.” HANDBALL IS THE THEME of the Long Beach Athletic Club, but that doesn’t preclude other activities there. “We’ll have everything else the all-around athletic club has — weights, exercise machines, table tennis, volleyball and tables for the tired, old gin rummy players,” remarked Agajanian. The old placekicker has his head screwed on correctly. Without the old, tired gin rummy players no athletic club would ever succeed. AGAJANIAN IS GOING major league immediately. “Next week I’m sending the Long Beach Athletic Club handball team to the nationals in Seattle,” said the legendary one. “I’ve already got the uniforms. They’re powder blue, red and white. It’s an all-American production. “Our club commissioner is Ed Kelly, who is the Southern California AAU handball commissioner. Kelly will get us national tournaments here in Long Beach. Val Moore and Earl Russell will represent Long Beach Athletic Club in the Masters’ division in Seattle, and I’ll be in the Golden Masters’ division. Skip McDowell and Matt Kelly will be our Long Beach doubles’ team…”

Ben was inducted into the SCHA Hall of Fame in 1997.