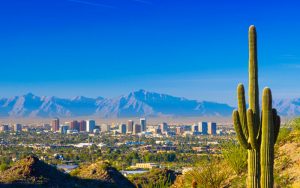 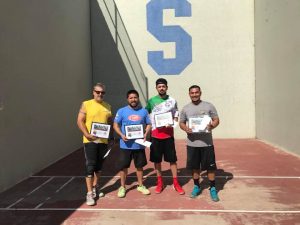 In the open doubles, 3-Wall specialist and cross over star Shorty Ruiz teamed with Tucson Memorial tournament director and “Commissioner” Scott Cleveland. Ruiz and “The Commish” cruised to the final, ousting David Munoz and Pat States (NY) in the semifinals. “States is a really good player and he and Dave really made Shorty and Scott work for it,” reported Montijo.

Abraham Montijo teamed with L.A.’s rising star Christina Luna, advancing to the semifinals and overcoming Edgar Medina and Alberto Tevares to advance to the final. “We were down big early in the first game but got hot with the serve in the middle and towards the end to take game one, then played steady in game two,” stated Montijo. 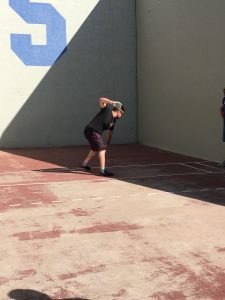 Montijo and Luna picked up where they left off in the middle of the semifinals in the final, never allowing Ruiz and Cleveland into the match and sweeping the final in two games. “It was really nice playing with Christian,” stated Montijo. “Christian has really improved his game over the past couple of years and it’s great to see him traveling to tournaments. He should do well in the R48 Houston next weekend.”