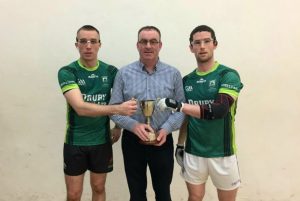 The John Gaffney Memorial was named in honor of the late John Gaffney, one of the great coaches in the history of Irish handball, responsible for teaching a number of the top Irish junior handball players in Ballaghaderreen.

“The depth and quality of the event speaks for itself,” stated Mulkerrins. “The Gaffney is a highly regarded event which all of the players want to win. The event has, as always ran very smoothly and the courts and hospitality have been fantastic.”

The top four seeds advanced to the semifinals in the three-day event, as Nash overcame Fergal Coughlan, Jr. in the quarterfinals, Crehan defeated Daniel Relihan, who upset Charly Shanks in the round of 16, Mulkerrins needed a second game comeback from 8-13 to defeat Michael Gregan, and Robbie McCarthy defeated R48 star Niall O’Connor.

The semifinals were a repeat of the semifinals at the Golden Gloves in November, an event in which McCarthy beat Crehan in the final. Nash exacted revenge from his Gloves loss to Crehan in November in the upper bracket semifinals, downing the offensive gunslinger in two games. 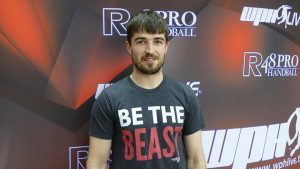 Mulkerrins and McCarthy staged another classic in their rivalry in the bottom bracket semifinals. After splitting the first two games, McCarthy took a 6-0 lead in the tiebreaker, only to be caught at six by the R48 Elite 8 star. The pair were tied at seven, eight, and nine before McCarthy separated himself to advance to the final. “We both had chances and Robbie took his chances better than I did,” declared Mulkerrins.

McCarthy started quickly in the final, racing to a 6-0 lead. Nash scored his first point on a left-hand skip by McCarthy and added five more consecutively, tying the score at six with his deft touch in the front court and fly kills. McCarthy never faced a deficit in game one, scoring nine of the final ten points of the game with re kills, power two-wall passes, ace serves, and incredible rally-extending retrieves, while Nash uncharacteristically floored eight kill shot attempts in the second half of the first game. 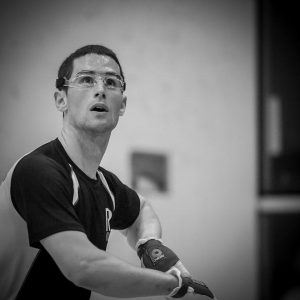 Nash took control of the match at 3-all in the second, scoring 12 consecutive points to force a tiebreaker by controlling the front court and seizing the momentum. Nash continued to control the action in the tiebreaker, building 7-4 and 10-5 leads with deep court kills and keeping McCarthy from playing offense. McCarthy fought off Nash’s first match point at 10-5 and scored one to cut the deficit to four. Known for his epic comebacks, McCarthy was unable to add to his comeback lore, as Nash closed out the match on his fourth match point with a right hand kill on the 29th shot of the final rally. 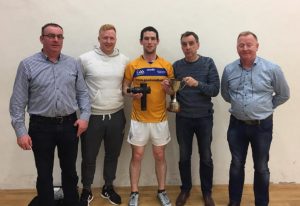 Thank you to GAA Handball for updates throughout the weekend.