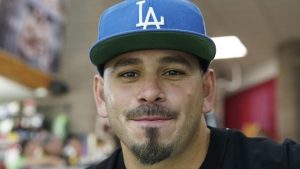 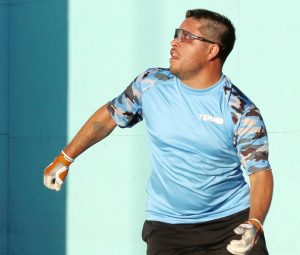 The current 3-Wall and 4-Wall national doubles champions cruised to the final at the Jr Vazquez in the upper bracket, while top 12 R48 stars and SoCal natives Shorty Ruiz and Mando Ortiz cruised in the bottom bracket.

Team Ruiz/Ortiz started well in game one, building a 14-9 lead by using their strong team chemistry to win rallies from the front court and back court. Team Ageless Freak Show started their comeback, closing the gap in the second half of the game. “We started catching up little by little until we caught them at 19,” stated current SR48 Player’s Champion Marcos Chavez. “I was able to score the last four points with a combination of different serves.” 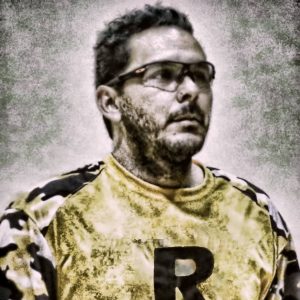 Team Ruiz/Ortiz were fueled by their late game one collapse and jumped on Team Chavez/Lenning in game two, eventually forcing a tiebreaker. “Shorty and Mando started really hot in game two and continued to a double digit lead,” stated Chavez. “Shorty was serving really good with a lot of hop and even aced Sean six times with deep hooks.”

The Ageless Wonder and The Freak were determined to maintain their three-year indoor and outdoor winning streak in the tiebreaker and played with passion and a sense urgency in the race to 11. “We started pulling away after the first five points,” stated Chavez. “Shorty was exhausted, as was Sean, but Sean summoned the energy to win the last three points with great serves and kills.” 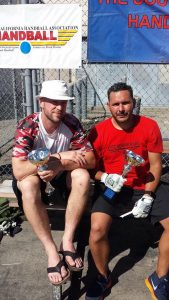 Photos courtesy of Tony Barajas. Thank you to WPH reporter and Jr Vazquez champion Marcos Chavez for the updates and quotations.

Prior to Sunday’s semifinals, JR WPH proudly hosted a junior handball clinic at the Jr Vazquez CA State 3-Wall Doubles Championships for the fourth consecutive summer, with WPH cross over stars Shorty Ruiz and Mando Ortiz mentoring nearly two dozen Southern California junior handball stars. The two SoCal handball superstars provided the youngsters with the thrill of a lifetime, as the aspiring handball players learned the sidearm stroke and the serve from the two greats.

“I am always happy to coach the next generation of players,” stated 3-time 3WallBall World Champion Short Ruiz. “The kids are the most important part of this game because they will be the ones to keep this game going, so I’m always happy to help the youngsters learn and enjoy the game more.”

Huge thank you to Shorty Ruiz and Mando Ortiz for coaching the clinic and inspiring the next generation of players.