Tucson, AZ, WPH Press, 4/18/18- The Race 4 Eight NYAC ’18 was the final regular season Race 4 Eight event of the 2017-2018 season, as R48 and WR48 stars jockeyed for position for the upcoming Salt Lake City Aces Player’s Championship on the first weekend in May. Daniel Cordova advanced to his first R48 final at the NYAC and moved into the R48 top four for the first time, while Vic Perez earned his first R48 Player’s Championship Elite 8 invite with a semifinal appearance in New York. Catriona Casey maintained her position atop the WR48 rankings with her second win of the season, while Courtney Peixoto de Melo and Aimee Tuohey earned their highest WR48 rankings with sixth and fifth place finishes in New York, respectively. Check out the updated R48 and WR48 rankings below. 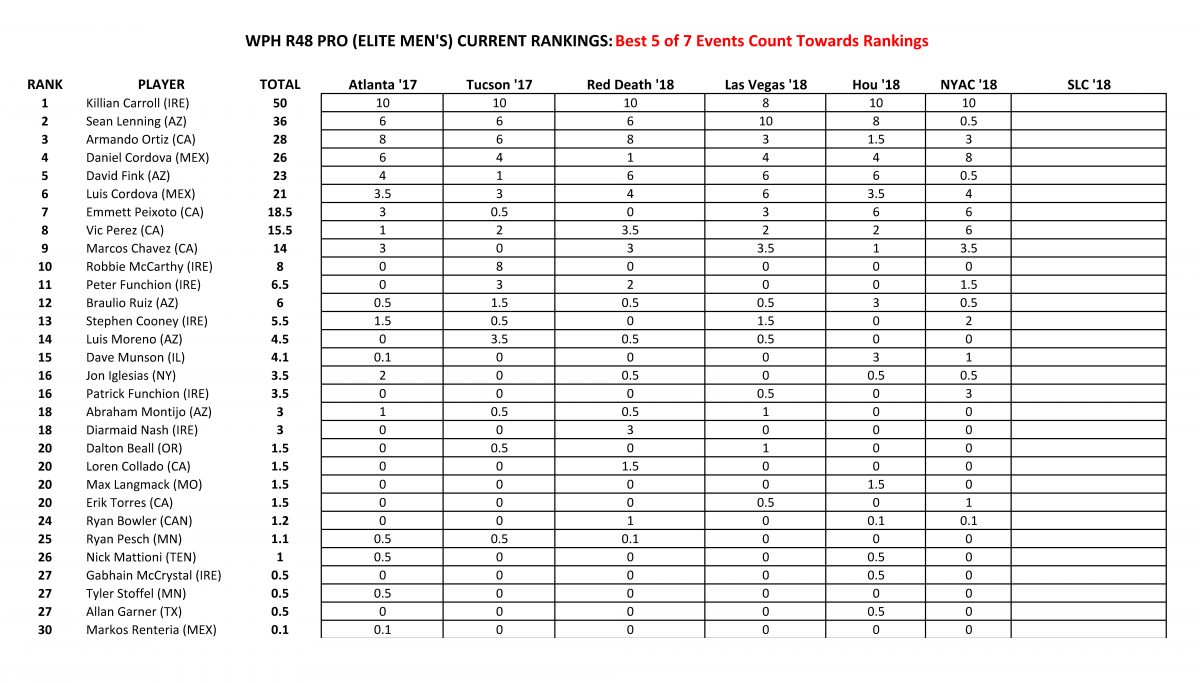