The World Players of Handball was proud to present the sixth installment of the Rodney Fink Classic at Amerifit Handball Club in Pittsburgh, PA. Three countries were represented in the draw, with top talent from the United States. Canada, and Ireland. All proceeds from the event went towards Junior WPH and teaching and inspiring the next generation of handball players. 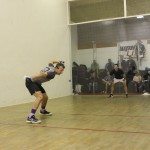 Top-seeded and WPH R48 #7 pro David Fink advanced to the RFC 6 final with victories over Ireland’s James Gavaghan and Ireland’s Patrick Funchion. Second-seeded Peter Funchion earned victories over Tyree Bastidas and Mike Schneider in Albany last week and continued his stellar play at the RFC with a quarterfinal victory over Joe Delsardo, and a nearly two-hour, three-game comeback victory over Ryan Bowler in the semifinals to setup a clash with Fink.

Fink recalled sparring with Peter Funchion over six years ago on Funchion’s first trip to the United States before the two met in the final. “Peter was great as a 15-year old and I knew he would be playing at the top level in a few years.” 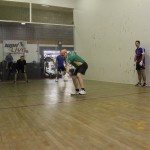 All tournament participants were treated to a breathtaking view of downtown Pittsburgh from Mt. Washington, one of the most spectacular views in the country. RFC players then rode down the Duquesne Incline for dinner at Station Square. What a night!

Thank you to the WPH, Mike Semplice, Rodney Fink, Ryan Bowler and all of the Amerifit staff and tournament participants for making the RFC 6 such an incredible event.