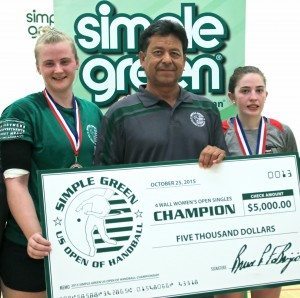 The deadline to enter this event has passed us; however, the entry w/late fee will remain until Sunday, October 9th in the early hours.

Here are a couple highlights:

*Prize money in this tournament tops all events. It’s true!
*There are just over 40 total divisions for amateurs, age & skilled players; juniors, women, pros; in singles & doubles; one wall, three wall and four wall; w/players using the big ball (wallball) and small ball.
*There are ten money divisions featuring pro players from around the globe. 1st place in these divisions average $4,000 (Highest being $10k ~ lowest of $3k).
*Each of the ten money brackets (pro divisions) average over $10k guaranteed.
*Over $105,000 in total combined prize money between indoor and outdoor. 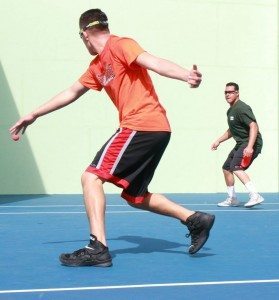 This is a four day event and there are caps on divisions. The highly popular R48Pro 4Wall Indoor Handball Tour, powered by ESPN & WPHLiveTV kicks the season off at this location when the 40+ Seniors, Women’s Best and Elite Men’s pros gather to win prize money, ranking points and a piece of history. Anyone can play too!  You do not need to qualify or do a secret handshake.  If your division has not hit the cap, then you can enter and play.  If you still have questions, then please reach out:  info@wphlve.tv.

*WPH R48Pro VI allows anyone to play in these divisions. The Elite Men’s bracket has already sold out; hitting their cap two weeks back!
*WPH Women’s Elite are less than four players from hitting their cap and once these divisions match their numbers, they close down! The entry has been LIVE for over 12 months, so no excuses.
*Senior 40+ and Elite Men play with the R48Pro Hardball; Women’s Players use the Red 21 (as agreed upon by the touring players).
*ESPN3 & WatchESPN will bring you LIVE coverage of the games, as the WPHLiveTV film crew will capture the action beginning Friday, October 21st & conclude outdoor on Sunday, Oct 23rd.

Seats are available court-side (indoor) for a limited time and video advertising is still open on ESPN if you’d like to support the event -and- promote your business, company or upcoming event. Details at info@wphlive.tv 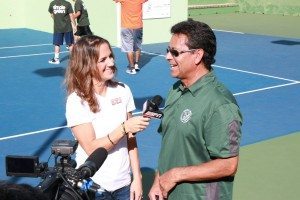 Video of the event, HERE>

This is a family tournament where anyone can enter.  Located near John Wayne Airport in Orange County (SNA) and located just down the street from Disneyland, Surf City & Ocean Beaches, plus amazing hot-spots in the Beautiful OC.  Come to watch, stay and play.