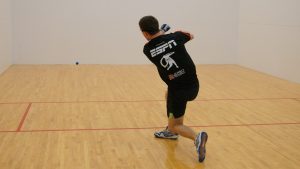 Killian “Flash” Carroll stormed to the R48 #1 spot for the first time, becoming the seventh player to be ranked #1 on the Men’s R48 Pro with his back-to-back victories at the R48 6 Stop #4 New Orleans and R48 6 Stop #5 Houston.

Emmett Peixoto, Vic Perez and Daniel Cordova round out the top eight, while Paul Brady dropped outside the R48 top eight for the first time since 2014 due to inactivity,

The battle for the R48’s top spot will be up for grabs at the NYAC R46 6 Stop #6 March 23-26, with Carroll, Ortiz, Fink, and Moreno in contention for the coveted #1 ranking. The fight for the final two Elite 8 spots comes down to mere fractions of a point, with Vic Perez, Daniel Cordova, Luis Cordova, Jonathan Iglesias, Marcos Chavez, and Andy Nett battling for the two spots to join the R48’s elite. 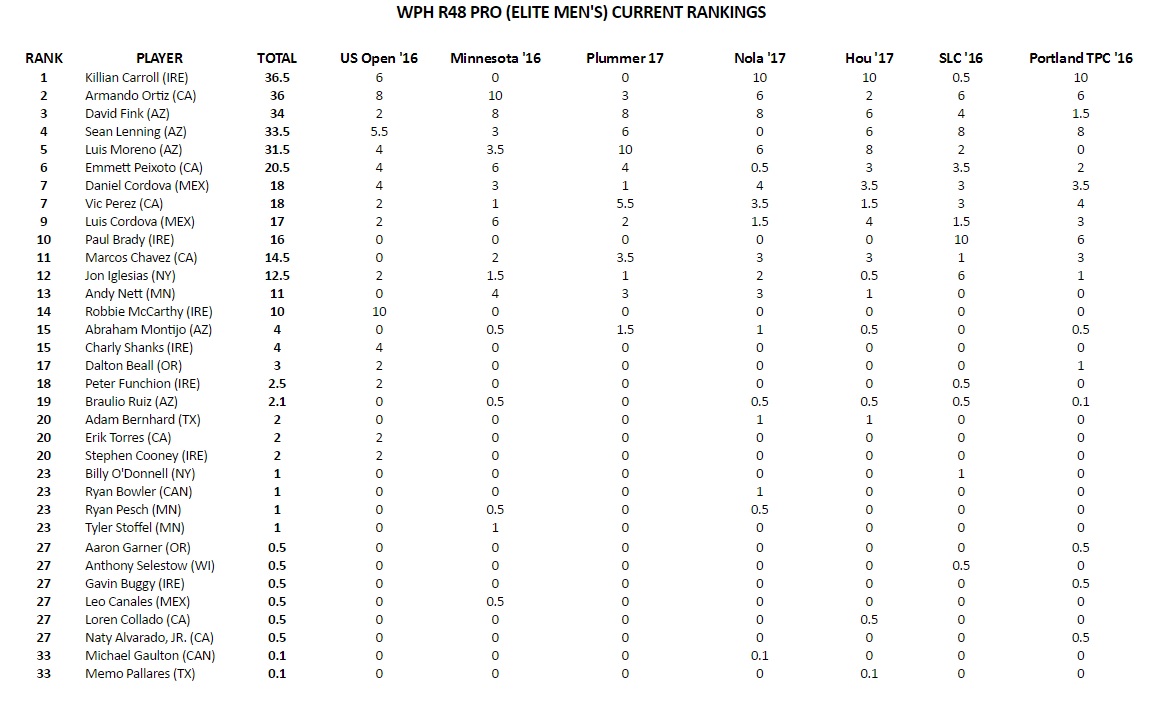