Tucson, AZ, WPH Press, 2/1/18- The R48 7 Red Death Montana produced several of the most exciting matches in Race 4 Eight history, including the longest third game in history between Sean Lenning and Diarmaid Nash that saw Lenning edge the Irish dynamo 19-17. Killian Carroll continued to reign supreme on the Race 4 Eight tour, winning his third stop of the season in a riveting final against Mando Ortiz. Ortiz returned to the top two after his second finals appearance of the season, while Luis Moreno dropped outside the Race 4 Eight top five for the first time in Race 4 Eight history after his 13th place finish in Montana.

The R48 stars will face a quick turnaround, as the Race 4 Eight will debut in Las Vegas February 9-11. 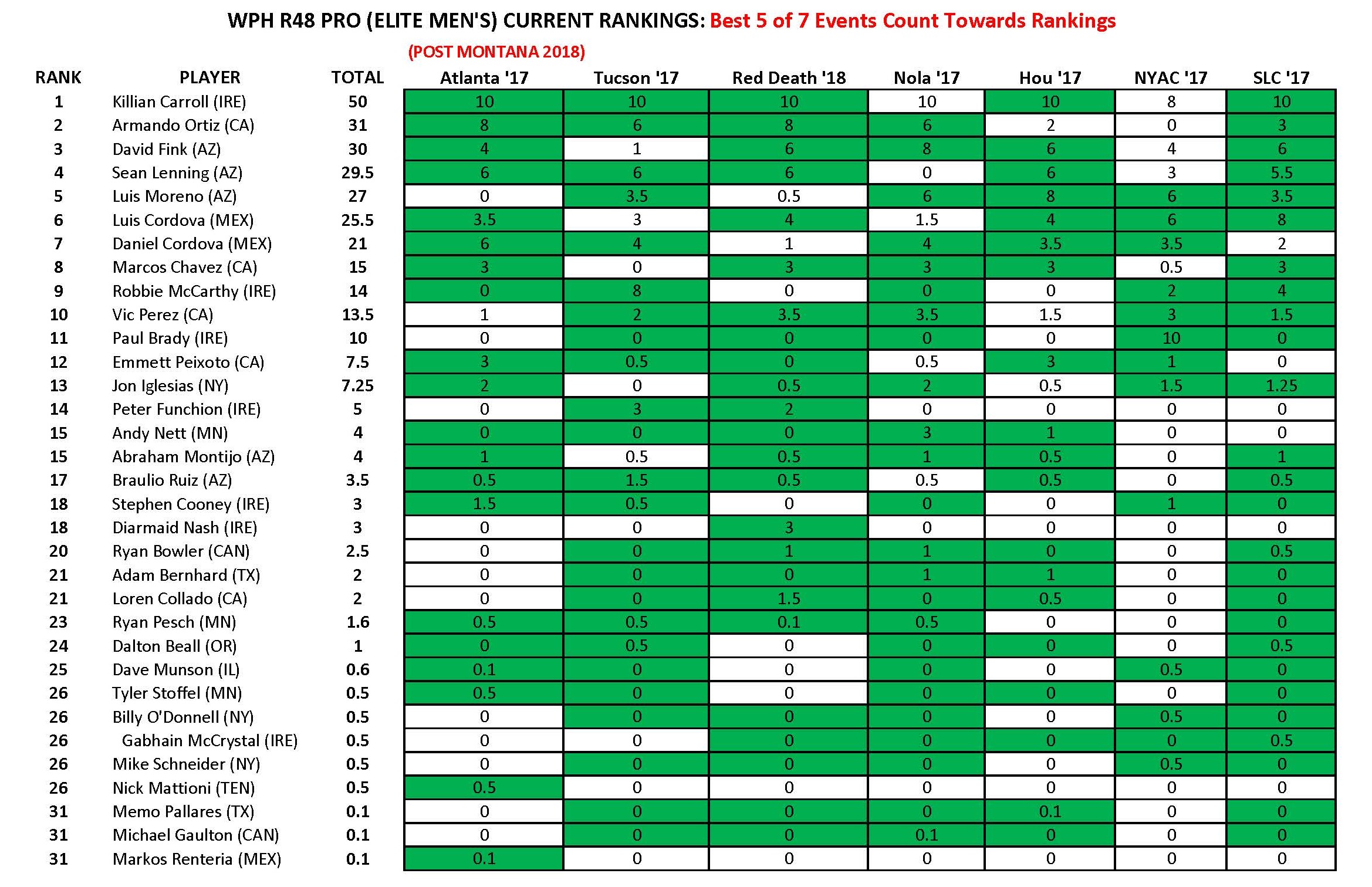