August 28, 2016 − Las Vegas, NV − 3 Wallball is pleased to announce an agreement with HEAD Penn Racquet Sports for the Penn Ballistic (red) Racquetball to be the official ball of the 2016 3 Wallball World Championships September 21-25 in Las Vegas. All racquetball and big ball handball divisions, both 1 and 3 wall, will be played with the Penn Ballistic ball 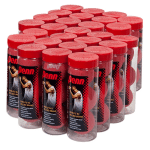 ***Available in the WPHLiveTV Web Store (TheHandballStore.com) at a reduced price for a limited time – Penn Ballistic>

As we are a month away from the 2016 3 Wallball World Championships we are excited about the ultimate outdoor court sports event & look forward to seeing everyone in Vegas! Watch for more information and event details on 3wallball.com. 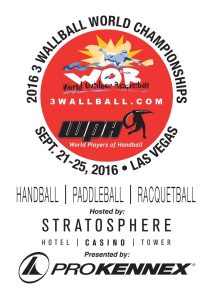 Stratosphere Casino, Hotel & Tower is a Las Vegas Strip resort with an 80,000-square-foot casino. The 1,149-foot Stratosphere Tower is the tallest freestanding observation tower in the United States, featuring the Top of the World restaurant and highest view of the Las Vegas Strip from the Observation Deck as well as SkyJump Las Vegas and thrill rides Big Shot, X-Scream and Insanity. Known as a great value to gamblers, Stratosphere is located close to the Convention Center at the gateway to downtown Las Vegas. It features 2,427 guest rooms and suites, uniquely themed restaurants, the Tower shops, Frankie Moreno Live at Stratosphere and the production show PIN UP™, featuring PLAYBOY’s 2011 Playmate of the Year® Claire Sinclair. Additionally, Stratosphere’s ace | PLAY™ program allows players to enjoy awards, comps and exclusives based on their loyalty to American Casino & Entertainment’s four properties: Stratosphere Casino, Hotel & Tower on the Las Vegas Strip, Aquarius Casino Resort in Laughlin, Nevada, and two Arizona Charlie’s locations in Las Vegas. For more information, visit StratosphereHotel.com, call 702-380-7777 or 800-99-TOWER (998-6937). 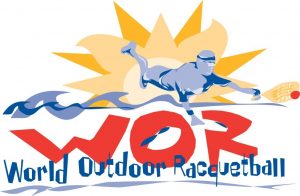 Based in Portland, OR, World Outdoor Racquetball (WOR) is the governing body and organizer of outdoor play. Formed in 2004, WOR is actively expanding and further developing the sport of racquetball played at outdoor facilities throughout the world plus developing new venues for the sport through relationships with clubs, parks, schools, and events, including those that will use portable and temporary courts for major events, promotions and championships.

WPHLiveTV is a 501(c) 3 nonprofit organization whose mission is to grow the sport of handball through innovation. The WPH organizes and fosters youth development, coordinates the pro handball tour and broadcasts handball major events around the globe.  WPHLiveTV is based out of Tucson, AZ, and has signed on with ESPN to broadcast 6-8 stops for the third year in a row, as the broadcast group will air the 4 Wall indoor Handball Tour; named, the Race4Eight.  For more information, please visit: www.wphlive.tv or contact Executive Director and lead ESPN Announcer for Handball, David Vincent at Vincent@wphlive.tv. 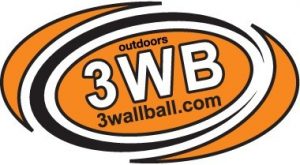