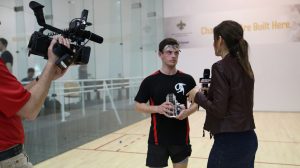 Killian Carroll: The two-time defending WPH R48 Player’s Champion and current #1 star won three of his five starts last season and added his second consecutive national 4-Wall title in June. Carroll will be the man to beat in Atlanta 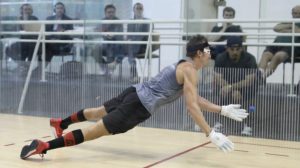 David Fink: Surging to a career high #1 R48 ranking in March, Fink has taken the mantle of U.S. R48 #1. After appearing in three straight R48 finals last season, Fink will be seeking his first R48 title at age 40 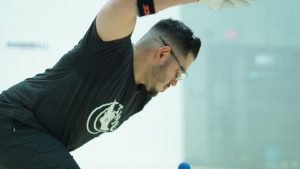 Mando Ortiz: Ortiz claimed the R48 #1 ranking after winning the R48 6 Minnesota last November, holding the top spot until February of 2017. Ortiz vows to reclaim his standing atop the mountain, confidently declaring to all of his R48 peers that he is coming to “dominate” this season 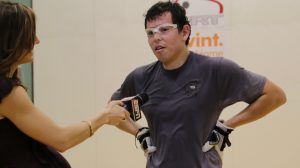 Luis Cordova: After finishing the R48 I season at #7 as a 20-year old, Cordova hovered just outside the Elite 8 from 2014-2017 until his breakthrough in New York last month. A career highlight win against McCarthy in New York led to Cordova’s first R48 semifinal and three main draw wins in his next start saw Cordova make his first final. Cordova is now firmly entrenched in the Elite 8 with his sights set on #1 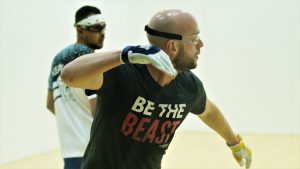 Sean Lenning: The always dangerous Shorline product appears to have overcome the injuries that plagued him in the second half of last season, winning his ninth 3-Wall national in impressive fashion. Expect to see “The Freak” in top form in Atlanta and throughout the R48 7 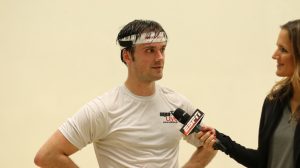 Emmett Peixoto: “The Rock” is a two-time R48 finalist ranked as high as #2 on the R48 tour. Peixoto caught the injury bug in the second half of last season, struggling with a bad back and broken hand. Now enrolled in a Phd program and with his first child on the way in several months, this former WPH #1 is on a mission to reclaim his standing at the very top of the sport 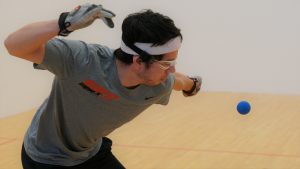 Daniel Cordova: The game’s greatest “hop” artist is entering his prime at 25 years old. Cordova was the 2015 R48 Rookie of the Year and has earned wins against R48 stars Fink, Moreno, and his older brother Luis. Armed with enormous talent, this 20-something will do damage this season 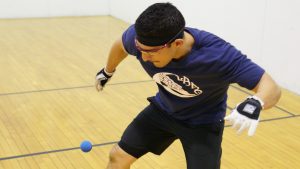 Vic Perez: Perez’s game is as steady as his on-court disposition. Perez is known as the “Giant Killer,” with wins against Carroll, Shanks, Peixoto, Ortiz, and both Cordova brothers. Perez is always hovering around the Elite 8 and will be seeking a major breakthrough this season 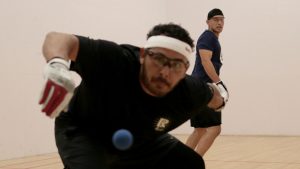 Marcos Chavez: Now in his mid 40’s, Chavez appears to be playing the best ball of his life. A dedication to the gym and playing handball five days a week has Chavez in the best shape of his career, a scary prospect for anyone in the Elite 8

Jonathan Iglesias: Iglesias has been giving the top players fits since the inception of the R48 tour, earning victories against Moreno, Lenning, Peixoto, and both Cordovas. Iglesias’ unorthodox game keep even the game’s best off-balance, which is what “Churches” will hope to do in Atlanta 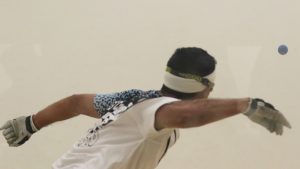 Abraham Montijo: Montijo earned his spot in the Atlanta main draw via the Tucson Pre-Qualifier in early September, ousting Shorty Ruiz in an exciting final. Montijo recently took down former R48 #1 Mando Ortiz at the 3WallBall Championships and will enter Atlanta brimming with confidence 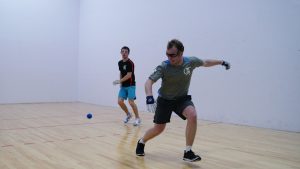 Stephen Cooney: A former R48 Elite 8 invite, Cooney has been unable to play a full R48 schedule during the past two seasons. Don’t let his current R48 ranking fool you, the “Coon Doog” is a very dangerous floater with one of the best re kills in the sport 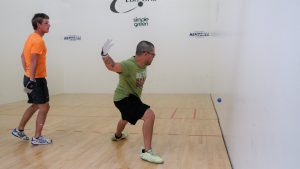 Shorty Ruiz: Ruiz just captured his third 3WallBall Small Ball 3-Wall championship and is undoubtedly playing the best 4-Wall of his career. Often playing handball seven days a week, Ruiz has added a back wall kill to his arsenal to compliment his unrivaled frontcourt skills. Look for Ruiz to make a big splash this season 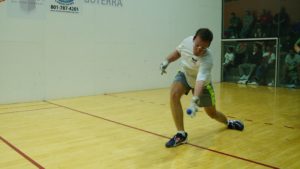 Ryan Bowler: The pride of Canada is the game’s ultimate scrapper, digging his opponent’s best shots and wearing down even the fittest stars on the tour. “The Bowl Dog” is never in a boring match, always dragging his opponents to deep waters, win or lose 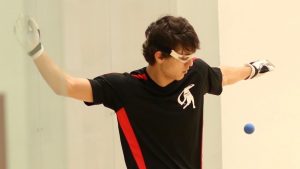 Tyler Stoffel: Minnesota’s prodigy is as smooth as silk with both hands and plays the game with alarming ease. Stoffel qualified for the first time last season and will aim to stay on the rankings in Atlanta 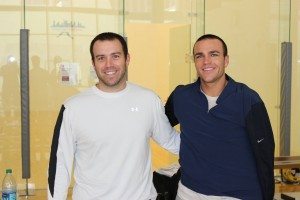 Dave Munson: The Chicago Gunslinger is one of the game’s top serve-and-shoot specialists, able to run points quickly against anyone in the world with his two-handed flat rollout attack. 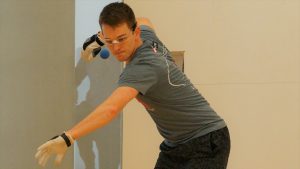 Ryan Pesch: Ryan Pesch, esq. is the R48’s second highest attorney (Bernhard) and one of the game’s promising stars. RP started playing handball just eight years ago and is already amongst the sport’s best.

Nick Mattioni: Mattioni first made a name for himself as a multiple-time junior national champion in the 1990’s. Mattioni was then drafted and played Triple A ball with the New York Mets, coming out of the bullpen to throw 95 cut fastballs. Mattioni is now back in handball and has become an underground legend in the Southeast, pushing the Cordova brothers to the limit in practice and tournament matches. Expect big things from this former hurler in his first R48 event

Ivan Burgos: Canada’s Ivan Burgos is one of the most disciplined and tenacious young stars in recent history, traveling all over North America to improve his game. Recent wins against R48 pros Michael Gaulton and Billy O’Donnell have catapulted Burgos into a R48 qualifier contender

Matt Chu: Known on social media for his prowess at taking pictures with celebrities, Matt Chu’s handball game has been quietly on the rise in the past year. A razor-thin loss against weekly sparring partner Stephen Cooney at March’s NYAC R48 6 gave Chu the confidence to take the next step. Expect Chu to appear on the R48 rankings this season.

Mike Morgan: The current JR WPH Collegiate Coach of the Year, Coach Morgan not only introduces and teaches the game to hundreds of young people each year, but also possesses a lot of game. When Coach M is on, look out!

Who will take home the R48 crystal in Atlanta? Tune in here throughout the weekend to find out.

To view the R48 History of Champions, click here

For more info and draws on the R48 7 Atlanta, click here