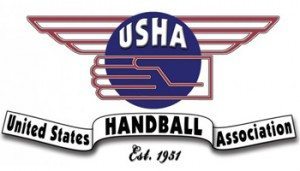 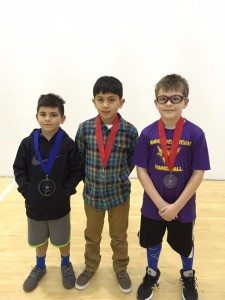 Mankato (Minnesota) was proudly represented in the Boy’s 11-and-under small ball singles, as Mankato’s Zach Wells and Nathan Stoffel advanced to the finals of a division that featured players from Illinois, Minnesota and Canada. Zach Wells defeated his good friend and rival Nathan Stoffel in two well-played games to clinch the national title. “The boys played outstanding and showed great sportsmanship,” revealed Zach’s father and Minnesota State Handball Coach Mike Wells. “We are very proud of them. It was great to see that much (Mankato) purple in the finals!”

Rising Canadian star Ivan Burgos entered the Boy’s 15-and-under seeded number one and advanced to the final with impressive victories against James O’Donnell and Jorge Pimentel. Ireland’s Cian O’Driscoll survived a quarterfinal thriller against Canada’s Alex Carew and advanced to the final with a two-game semifinal sweep against Tucson’s Jose Maldonado, Jr. The international final was dominated by Canada’s Ivan Burgos, with the young Canadian demonstrating poise and variety against Ireland’s O’Driscoll en route to a two game sweep. 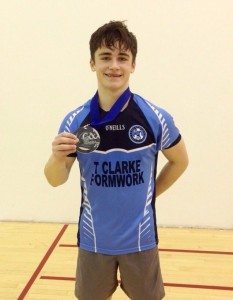 The Boy’s 17-and-under small ball singles saw both top-seeded Jesus Avila and second-seeded Michael Gaulton upset in the semifinals in a loaded draw. Ireland’s Sean Kerr cruised to the final with a two-game sweep against top-seeded Avila, while Northern California’s Agustin Martin defeated Gaulton in the match of the tournament, 11-9 in the tiebreaker. Kerr continued his stellar play in the final, defeating Martin in two games to take the Boy’s 17-and-under singles title across the Atlantic Ocean.

Ireland’s Johnny Woods entered the Boy’s 19-and-under singles as the number one seed and survived a difficult test in his quarterfinal match against Kansas’ Sam Esser but was not as fortunate in the semifinals, as Northern California’s Anthony Sullivan announced himself as a future star in defeating his Irish rival in an 11-1 tiebreaker. Awaiting Sullivan in the final was Minnesota’s silky smooth Tyler Stoffel. The precocious Stoffel had little difficulty in advancing to the final, defeating New York’s Jason Ke and Stephen Woo and impressively sweeping Modesto’s Luis Bustos in two games. Stoffel continued to dominate his competition in the final with a dazzling arsenal of two-handed offense, sweeping Sullivan in two games to seize the title. 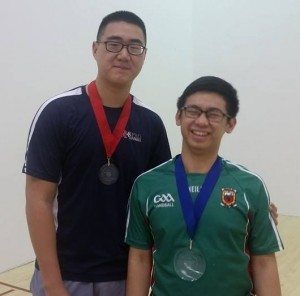 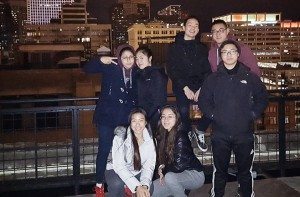 To follow all of the draws and results from the 60th Annual USHA 2015 National Junior 4-Wall Championships, click here